For those of you, who don´t know me...or haven´t been in touch for a while!

My name is Christine - I am half German, half U.S.-American and a proud resident of Uruguay since 2010.

My goal with this blog is to give you info about Uruguay, the 2nd smallest country in South America, insights into Uruguayan culture and my everyday life in Montevideo, the Uruguayan capital.

So first things first: How did I end up in Uruguay?

To keep it short, I did a six month long internship in an incoming tourism agency in Ecuador in the beginning of 2010 and afterwards was offered a permanent position in the agency´s newly opened office in Montevideo, Uruguay.

I studied ¨International Business, Language and Cultural Studies¨ with focus on Spain and Latinamerica at the University of Passau, Germany, so I knew where Uruguay was,...squeezed right in between Argentina and Brazil. But I have to admit that was basically it.

After doing some research, talking to people who have been to Uruguay and getting in touch with some locals via couchsurfing.org, I accepted the position in Montevideo and moved ¨down here¨ in December 2010.

Right from the beginning, I quickly fell in love with the country, its culture, its traditions and its people.

I do miss Europe every once in a while - but still, I feel fortunate to say that I feel at home here in Uruguay.

Follow my blog and learn more about Uruguay, one of the best kept secrets of South America! :)

Antoine Griezmann – An honorary Uruguayo at the UEFA Euro 2016!

Arazá, guayabo, guaviyú and pitanga – out and about exploring native Uruguayan fruits and ¨edible fo

Welcome to the ¨Patria Gaucha¨ - The biggest gaucho festival in Uruguay!

For those of you, who don´t know me...or haven´t been in touch for a while! 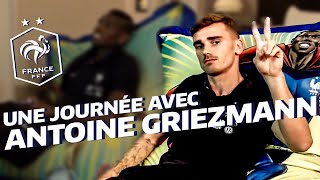 Antoine Griezmann – An honorary Uruguayo at the UEFA Euro 2016!